Almost ran over a raccoon on my way home last night. Maybe I just nicked his tail...but I doubt it as he ran across the road very quickly... and of course I would not have tried to run him over! Gave me a scare for a minute there. Apply brakes quickly!!!
We used to feed the raccoons most nights growing up in North Van. We would put pieces of bread on our back porch and watch from inside the house, out our french door windows, as they came up from the creek and ate the bread right in front of us. We had a great time! Ah, memories of good old Kilmarnock Crescent. 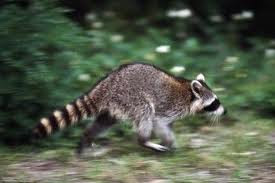 Ever been impatient about things? Sometimes crabby about things? And sometimes frustrated about things?...All at the same time?
Just wondering if I am the only one.
Sometimes I just want certain things to work out and it seems I am being patient but then maybe I am not. And then I wonder if there is a reason that I have to wait---which most likely there is! And sometimes I do not handle it the best and I get a little crabby. And for sure a little frustrated.
All I know is that whatever situation we are in, and it isn't the most fun at the time, is because we do have to continue to be patient and try not to be crabby and remind ourselves to keep the frustration level down.
All things work out.
Just my "two cents" reminder for myself. ; )
Posted by Lori at Wednesday, July 27, 2011 2 comments:

Went to the Sawyer Brown concert last night. The first hour and a half it rained and rained and rained. Finally at 9:30 they came out because the greater majority of us were not leaving. They pulled the instruments in further on stage and came out and entertained us till 11pm. And by the way, it only stopped raining for about 15 minutes and then the rain hit hard again off and on. Wet is an understatement! ; ) The lead singer guy, Mark Miller, is a crack up! Dancing around the stage, jumping up and down on the stage, wacky-fun arm movements. Just a fun concert!
Yes I was a little drenched and a little tired- since I did still get up at my normal insane hour of the morning, but it was worth it! Hopefully I will get to bed earlier tonight. I need to.
Posted by Lori at Tuesday, July 26, 2011 No comments:

to Sister Coleman and Kiana for making camp so great for the girls! 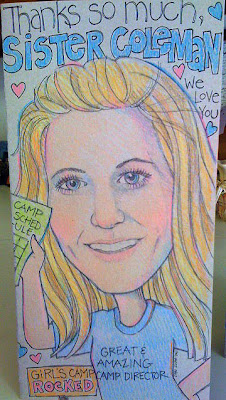 We appreciated all the time and organization for camp. 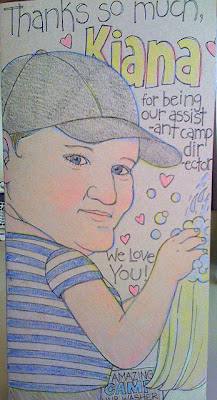 Been at work for a half hour

So at my work we had our yearly convention this last week...while I was at Girl's Camp. Here are our girls...
Our Super Sisters YW! A wacky bunch with endless energy! 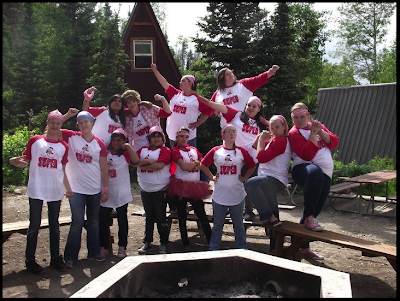 Girls' Camp was lots of laughter and teasing, good conversation, wonderful spiritual moments, many pictures taken, dust and smoke and warmth from the fire, mosquito bites, prayer rugs, camp books, D.E.A.R. (drop everything and read), late evening freezing showers (except for those that used the solar showers!), hair washing, water drinking (not as much as should have been consumed), food eating, candy consuming, potguts and chipmunks and a few spiders, charlie horses, some upset stomachs, flies, bees, hail, rain, thunder, lightening, snoring...we did it all! And it makes us even more grateful for hot showers, air conditioning, soft beds, and closer friendships, stronger testimonies, and love for one another. We had 100% attendance from our YW! Including Ana who we hope learned a lot and had a good time.
And here is a picture of the stage at my work's convention. Pretty amazing looking I think! Sorry I missed it! 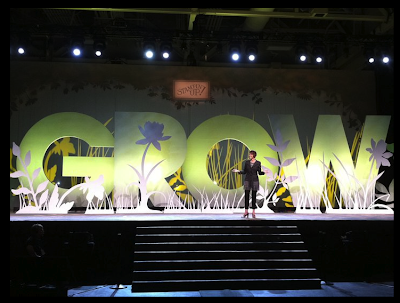 Home is so Amazing!

Just got home from YW Girls Camp. Can we say "exhausted"? The girls had a great time and I did too but the last two days wore me out. A little sunburned. A little tired of reminding the girls to pick up after themselves. And quite dusty and dirty. Oh, and totally changing my diet into white flour refined foods with little to no veggies/salads for a week just about did me in... if you know me...but all in all it was a good week for the girls. And that was the purpose.
Yay for hot water, A/C, and my bed!!!!!!
And a nap! ; )
Posted by Lori at Saturday, July 16, 2011 2 comments:

My Agent is all Fancy!

So I had posted a couple of days ago about my agent of agency that I did for my sunday lesson at church...well, my friend Carol used the art I created and made it all fancy.
So cute! 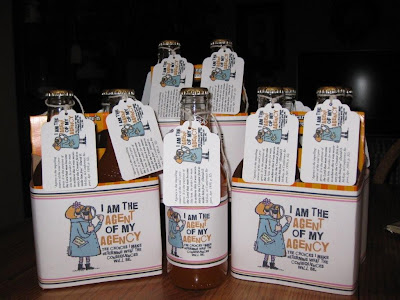 The "Up" House has been built

And I am standing in front of it! 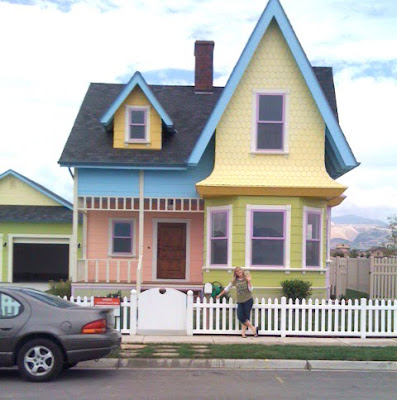 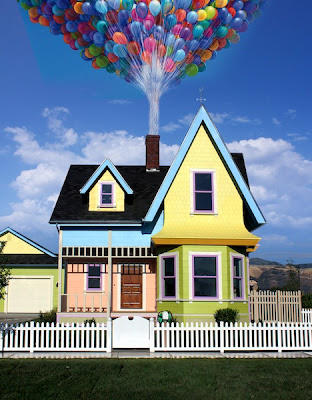 It's in Herriman, Utah! You can walk through it at the Parade of Homes which goes from the end of July to the middle of August...Anyone want to buy a 2,800 square foot home for $400,000? The balloons will be attached to the roof on the weekends during the Parade of Homes.

So I was a guest blogger on my company's "My Digital Studio" today. Check it out. It is the entry called, "Quick Little Additions" posted July 7, 2011 at 2:00am.
http://mydigitalstudio.net/
Posted by Lori at Thursday, July 07, 2011 No comments:

You've all heard about the Book of Mormon musical on Broadway? And how it is basically untrue about the LDS beliefs? Not to mention the vulgar language...and the list goes on and on.
...Well, the LDS (Mormon church) has their own ad campaign going on. I'm a Mormon...at mormon.org
And it reminds me that no matter what the world chooses to do, the gospel will continue to grow. Yes, really. 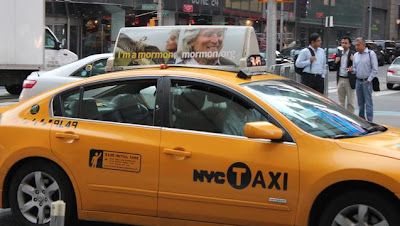 Yes- this is my blog. I am beyond grateful that I have the gospel in my life and the knowledge I have.
See ya' and have a great day!
Posted by Lori at Wednesday, July 06, 2011 1 comment:

Happy Tuesday and a card

another card for one of our YW. 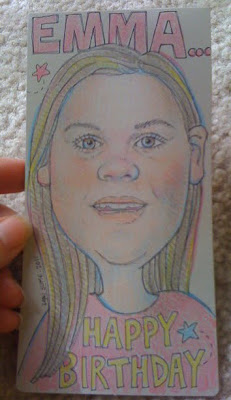 Have a happy Tuesday!
P.S. Can I be a kid again and have no responsibility? Ah, how I took those years for granted. ; )
Posted by Lori at Tuesday, July 05, 2011 No comments: 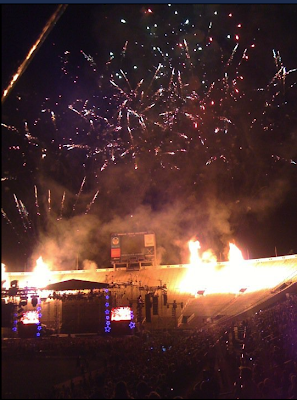 And earlier in the day on Saturday, my nephew Ander got baptized! A great day!
And today, we went to the balloon fest. The big highlight was the Darth Vader balloon! Woohoo! 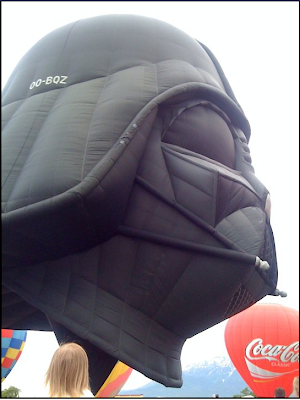 I drew an "agent of agency" handout for my lesson I just did today in YW. The lesson was on agency, obviously. (Though where it says, "case solved", it might have been better to say, "case in progress". Or something like that. Anyway, the girls liked it. Yay. 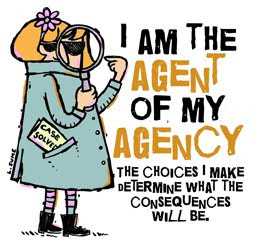 Yes- I hope you all remembered to say, "rabbit, rabbit"...first thing today. We can all use a little more luck I say.
And it is Canada Day today!!!!! I know you are all so excited. Yep- I love my country of birth. Plus...I also get to celebrate the United States' birthday this long weekend too (which I also love...the country and the long weekend)! Pretty nifty! Hurrah to both countries!
(Canada Day info: On July 1, 1867, Canada became a self-governing dominion of Great Britain and a federation of four provinces: Nova Scotia; New Brunswick; Ontario; and Quebec. The anniversary of this date was called Dominion Day until 1982. Since 1983, July 1 has been officially known as Canada Day.) 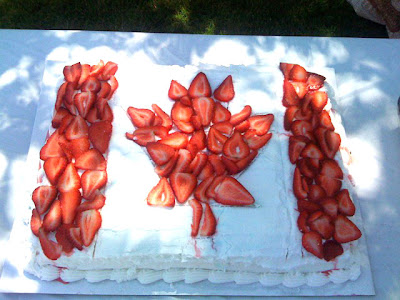 This cake was posted on my blog before. Our friend Lisa made it last year for a Canadian get together. Pretty spiffy... though when I posted this last year, a friend (from Canada) thought it looked like there was bacon on the cake instead of strawberries. Ewwww!
Anyway, happy celebrating this weekend to both countries...and bonus-it is Friday today! Yessssssss!
And my handsome nephew Ander gets baptized tomorrow! And a dear little friend named John.
Posted by Lori at Friday, July 01, 2011 2 comments: