Well hopefully not normally....but yesterday I did play a witch for The Princess Festival at the Hatfield's farm. Watch this video, it talks about their whole reason for this festival...

They had this event at their farm this last week and it's for such an amazing cause! They adopted a little village in Africa and are constantly raising funds for it.

I volunteered to help yesterday and had no idea I would be cast as a witch for two sessions of the event. A blond witch no less! So I don't have a photo of me as a witch and no I did not draw this nor did I look for a look-a-like of me...at least I hope I didn't find a drawing that looks like me! Well maybe when I am not wearing makeup and my eye hurts...

I had to hone my non-acting skills. And I think I frightened a few of the kids when I asked if I could put some of their toes in my brew... 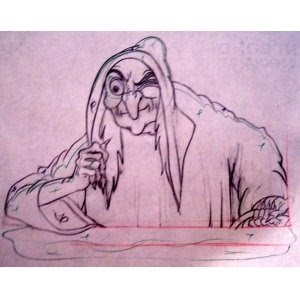 Oh I wish there was a picture of you from the festival. How fun.

I didn't think to get a photo. i was just releaved to be finish my acting debut.

"relieved" i mean. Hello- my spelling brain was asleep.